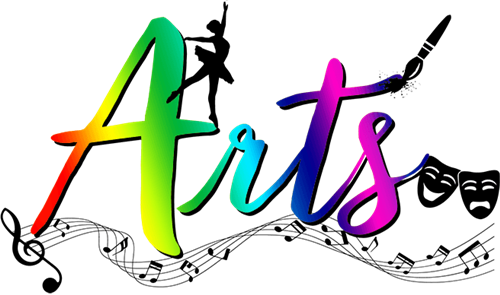 Christopher W. Johnson, Founder and President of CWJ Music House Publications, is a music educator, trombonist, and composer, and has taught primarily in the band field for fifteen years. He holds a Bachelor of Science in Music Education degree from West Chester University of Pennsylvania (2002) and a Master of Music degree from Boston University (2012). His career experience over the past fifteen years has led him to New Brunswick, NJ, where he teaches concert band at Paul Robeson Community School for the Arts, and was an instructor for the New Brunswick Public Schools Jazz Band for ten years. During his career in New Brunswick, he has worked closely with the VH1 Save the Music Foundation to revive the instrumental music program that had previously been defunct for nearly 20 years. Christopher focuses his teaching and writing in programmatic, concert and contest music for bands of all levels. It is his desire to compose and publish quality music that is enjoyable yet playable by all. He has written pieces for numerous ensembles throughout New Jersey and Pennsylvania, and is the Composer-in-Residence for the Whitehouse Wind Symphony in Somerville, NJ, of which he has served on their board of directors. Christopher was a founding member of The Five Straws brass quintet, a breakout group of Whitehouse Wind Symphony. He has also performed with the Buddy Spencer Big Band and the Blueberry Festival Massed Band in Montrose, PA.

Mr. Johnson teaches Concert Band at Paul Robeson. It is offered to students in grades 4-8 who wish to pursue study of an instrument. Lessons are offered weekly to students in grades 4-5, and an arts academy ensemble class is offered to students in grades 6-8. Students are given instruction at the highest standards and rigor, and are expected to practice at home and attend class / lessons weekly. Emphasis is placed on proper technique, literacy, and performance practice. Students perform in two required concerts per year- one in winter and one in spring. Our philosophy is to prepare, empower, and inspire lifelong musicians and learners through the arts. At over 100 strong, we are proud of our band program at Paul Robeson Community School for the Arts!

Please allow me to introduce myself. I am thrilled to be Strings Educator at the Paul Robeson Community School for the Arts. Originally from Brazil, I began studying the violin at the age of 8. At age 14, I participated in my first international music festival and performed at the Latin American Youth Orchestra Conference in Argentina. In 1993, I came to the US to study with Oscar Ravina of the New York Philharmonic. As an undergraduate student at Montclair State University I taught at the Montclair Preparatory Center for the Arts, the Newark Academy and the Montclair Kimberley Academy. While completing my graduate studies, I served as a Visiting Specialist for the New Jersey Chamber Music Society in several Essex County schools. I have seventeen years of experience directing the String Programs two other school districts before joining PRCS in 2018. I served as Co-Chair of the Orchestra Division of the North Jersey School Music Association (NJSMA) from September 2007 through June 2009. As a music educator I continue to be active as a performer. Past performances include venues at Carnegie Hall, NJPAC and Paris, France.

If you have any questions or concerns, anything you would like to share about your student that might help me better meet your student's educational needs in class please feel free to e-mail me at the address below:

Sara Martino is a 2017 Summa Cum Laude BFA graduate from the Mason Gross School of the Arts Dance Department at Rutgers University. During her studies at Rutgers, her passion for teaching flourished, so she obtained her masters in dance education (Ed.M.) and PK-12 Dance Teaching Certification. Her exposure to various elements of creativity, performance, and somatic practice have made her realize that all artistic experiences are most enjoyed in ever-changing settings and environments. While at Rutgers University, she worked with many choreographers, including full-time faculty at Mason Gross, as well as guest artists with national and international roots. Sara Martino is also a recipient of the Mason Gross Hanya Holm Scholarship, Mastrobuono Scholarship, and the Margery J. Turner Choreographer’s Prize for presenting her work at the American College Dance Association. While also at Rutgers, Sara was inducted into the National Honor Society for Dance Arts, a program of the National Dance Education Organization. Sara received her training in ballet, modern, jazz, tap, and musical theatre from Metuchen Dance Centre, and in summer programs at the Princeton Ballet School, the Ailey School, and with the Radio City Rockettes. She has taught at various New Jersey dance studios for nine years, and in public educational outreach programs. Sara frequently appears as a guest artist and choreographer in various New Jersey high schools. She also served as faculty and production manager for the Rutgers Summer Dance Conservatory, and also as a part-time lecturer in the Dance Department at Mason Gross, Rutgers University. Currently, Sara is a dance educator for grades pre-kindergarten through eighth at Paul Robeson Community School for the Arts. She is extremely grateful for all of the opportunities that she has received, and is looking forward to what the future holds.

Through the dance program at Paul Robeson Community School for the Arts, students are exposed to many performance and creative opportunities, not only within the school, but also the wider New Brunswick community. From a young age, students learn about the building blocks of dance through creative movement exercises. As students advance in their artistic skills, they learn about various styles and techniques of dance such as modern, jazz, ballet, hip-hop, Latin ballroom, improvisation, dance critique, and choreography strategies. Students use these elements to develop their own movement and artistic identity, which is showcased within class showings, school concerts, district galas, and events such as the New Brunswick Tree Lighting. Overall, this program is focused not only on teaching students how to move, but about developing the whole learner through exercising their creative, critical thinking, collaborative, and interpersonal skill sets.

Defying the harsh reality of Camden, New Jersey’s harsh neighborhood statistic of crime and school dropouts, Mr. Smalls continues to show the world that determination, passion and hard work can produce success no matter what obstacles may present itself.

Born in Camden, NJ, Donovan T. Smalls successfully completed and obtained his Bachelor’s degree from Rutgers University, New Brunswick, New Jersey, in Spring 2014. He double majored in Theatre Arts and Communication with a specialization in Public Relations. Mr. Smalls Studied abroad his junior year with the “Semester at Sea” program through the University of Virginia. He visited 14 countries in one semester and created a video of his experience that went viral, landing him as a guest on FOX 29 News. He also interned with the Wendy Williams Show in New York City (Spring 14’) and recalls it as being an amazing opportunity.

Not one to forget his community, in Fall of 2019, he started his own Non-Profit Corporation called “Dramatik Academy Performing Arts, Inc.,” which teaches 5 -12th grade students how to be their own leaders and live out their passion, leaving their hearts on the stage. He has dedicated his time to fulfilling his mission of changing lives and helping students see they are more than just a statistic, in the process of understanding their lives mean something.

Mr. Smalls has no desire to stop anytime soon. With an undying passion to create more gateways to success and enhance his performance craft, there is no doubt Mr. Smalls will lead by example and conquer any goals he sets for his life.